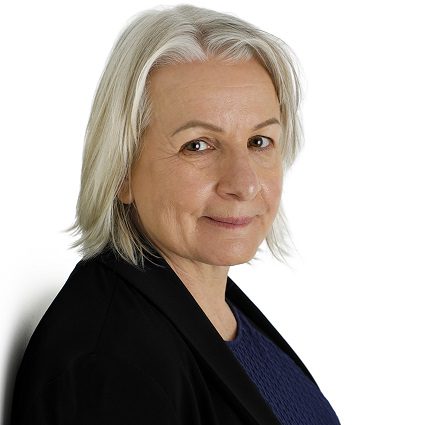 I tiptoe around squished cockroach and dump my suitcase on the bed. The air in the boarding house is choked with sorrow. Mould drips down the walls of Room 7 and a purple rag masquerades as a curtain in front of French doors – my only ventilation. I fling them open, needing to breathe. Two men are sitting on the balcony, flicking ash into a coffee tin. Smoke wafts into my room.

‘Can you please smoke somewhere else?’ I’ve failed to keep my tone civil.

I look beyond them to the street: unit blocks and cars parked bumper to bumper. The scene appears hazy as if part of a dream. My thread to the ordinary world has snapped. Why would a prison teacher move in here? Why? Because I can no longer impersonate a sane person a work.

‘Who the hell are you?’ One of the smokers scratches his armpit.

God, Goddess, anyone with more sense than I have, please don’t let there be bed lice.

‘The lease states no smoking.’ I square my shoulders, wishing my grey hair stood for wisdom and authority.

The other man blows a smoke ring. I slam the doors shut and stomp downstairs. A wizened man wearing a waistcoat brushes past.

‘Greetings, my dear,’ he says, and the refinement of his voice sends shockwaves through me. Oh, how far we fall.

The kitchen I enter reeks of cabbage and tripe. The caretaker is leaning against a bench, lecturing a teenager for leaving dishes in the sink. Scowling, the girl picks up a cloth. I tap my foot and the caretaker glances at me.

‘This is a meant to be non-smoking house.’
‘And?’ His bulky arms have faded blue marks. Gaol tatts, I suppose.
‘Two tenants are on the balcony, blowing smoke into my room.’
‘Shut your door.’
‘It’ll be a furnace.’

‘Then hand over your keys and go if you don’t like it. You’re not getting your bond back, if that’s what you think.’ He comes closer, towering. Liquid oozes from a pot on the stove.

‘I have tenants’ rights.’ I lift my chin even though the last thing I need is to be booted onto the street.

The girl with the dishcloth chuckles – drama of the day no doubt. She looks no older than sixteen.

The caretaker snorts. ‘Who in their right mind moves into a boarding house and take people’s smokes off them?’

Huffing back to my room, I curse. How do I always find conflict? I can’t back down on the smoking though.

Be strategic, Sandie. Plan your course of action. I ring the council and inquire about boarding house regulations. The only entrance to the upstairs balcony is from inside the house. Smoking is a fire-hazard, and the fine is hefty. I turned on my computer.

To the owner of the boarding house where I now willingly reside … I delete ‘willingly’.

A week later No Smoking signs go up and muttering is heard in dark corners. Kill that witch who lives in Room 7. But other residents thank me.

I have always had a fighter in me, even during the worst of times and the half-year I spent in that boarding house was the worst of times. My father had just died, my daughter was losing her battle with drugs, and I wound up on Centrelink unemployment benefits after being diagnosed with Borderline Personality Disorder. BPD is one of the most stigmatised mental health disorders, and it was piled on top of a previous diagnosis of Complex Post-traumatic Stress Disorder.

‘What am I going to do now?’ I’d ask while wailing on a lumpy mattress, and, as if in answer, my hand would reach for a pen.

you leave before you are gone

I wasn’t trapped. Just passing through. In a miasma of notepads and ink-stained hands the months in the boarding house drifted by. My lease ran out and I rented a tiny flat.

No sooner had I moved in when the knock came on my door, the knock all parents with drug dependent kid dread. ‘I’m sorry, your daughter is dead.’

How does a mother forgot the day she lay on a floor and howled, wondering how she’d break the news to her grandchildren? Yet unbeknown to me in that moment, an author within me was forged.

After I buried my daughter, I realised I was going to write my story for real, not just on scraps of paper that I always threw away. My mental illness had touched the lives of all who I loved, and I needed to understand it. It was time to venture into it willingly and my pen would be my guide. Would I be brave enough to face what I found?

Almost six years have passed since my daughter died and my first book is complete. Borderline tells the story of a mental breakdown I had as a fifteen-year-old while locked in an institution for so-called delinquent girls. It will be released by Bad Apple Press in March 2021.

How does a person go from hurting so much that they want to die, to becoming a published author?

At first, I just wrote. And wrote. Jumbled thoughts that followed no trail. Emotions that speared my heart. Memories that cracked through their shell. I joined writing groups and did occasional courses, forcing myself from hibernation. Eventually I had a draft written, then another. I hadn’t planned to write about the years I spent locked away as girl, but other parts of me took over determined to free that tale.

In 2018, an extract from Borderline, called “Kamballa the Forgotten Girls Home” was shortlisted for the Walter Stone Life Writing Award, run by the Fellowship of Australian Writers NSW Inc. I began to believe that one day my story might be published. But how? Apart from writing, I was barely getting through each day.

One of the ways my mental condition manifests is through extreme trauma-related dissociation. I experience blackouts where I lose hours or days and can’t remember what I’ve done. I have nightmares, panic attacks and flashbacks and hear voices in my head.

In 2018 I was still living off Newstart Allowance, which did little to alleviate my stress. I was almost sixty, yet to avoid losing my payment, I was required to apply for jobs I would have been dangerous in. Centrelink had begun to reject all my medical certificates, on the basis that they already knew I had a disability. However, my application for a Disability Support Pension had been rejected, despite severe mental and physical health conditions.

By 2019 I was desperate. I’d secured stable accommodation, but my savings had run dry and my mental health had crashed. I kept having horror flashbacks of my last months of employment when I had regressed to child states during amnesic blackouts inside the prison.

On my therapist’s advice, I applied for the Disability Support Pension again, and as an afterthought I put in an application for the National Disability Support Scheme (NDIS). My son, who lives with autism, was receiving it, and it had changed his life. He was engaged in activities he loved after being a hermit for years.

At the end of 2019 I was approved for the DSP and NDIS, on the very same day. Two police officers were standing in my loungeroom, ready to escort me to a psychiatric unit, when I received the news. My therapist convinced them I would be okay.

Receiving the Disability Support Pension meant I no longer wrote countless letter to potential employers, telling them about my bowel problems and mental collapse, while fearing I’d get breached by Centrelink for being honest. But it has been the NDIS that has transformed by life

My fund manager, Sean Dempsey, from Plan Partners, and my NDIS support coordinator, Simone Eckert, from CCNB, fully encouraged my goal of becoming a published author and we explored ways I could achieve this. The NDIS funded editing mentorships and a self-publishing course. I doubted traditional publishers would be interested in a story written by different parts of my personality.

And then the call came from Samantha Miles at Bad Apple Press, who had been assisting me with editing. ‘Sandie, we believe in your book. We’d like to offer you a publishing contract.’

I have a new goal now. To use my lived experience of Borderline Personality Disorder, Complex-PTSD and dissociation to advocate for others living with mental health issues. I believe I’ll achieve that too.

Yes. I have always had a fighter in me and the NDIS is helping me to win my battles.

Available March 2021 from Badapplepress.com.au and all good bookstores. To find out more about Sandie and her memoir, Borderline visit: sandiejessamine.com

Here is Sandie speaking about her story and her book Borderline: